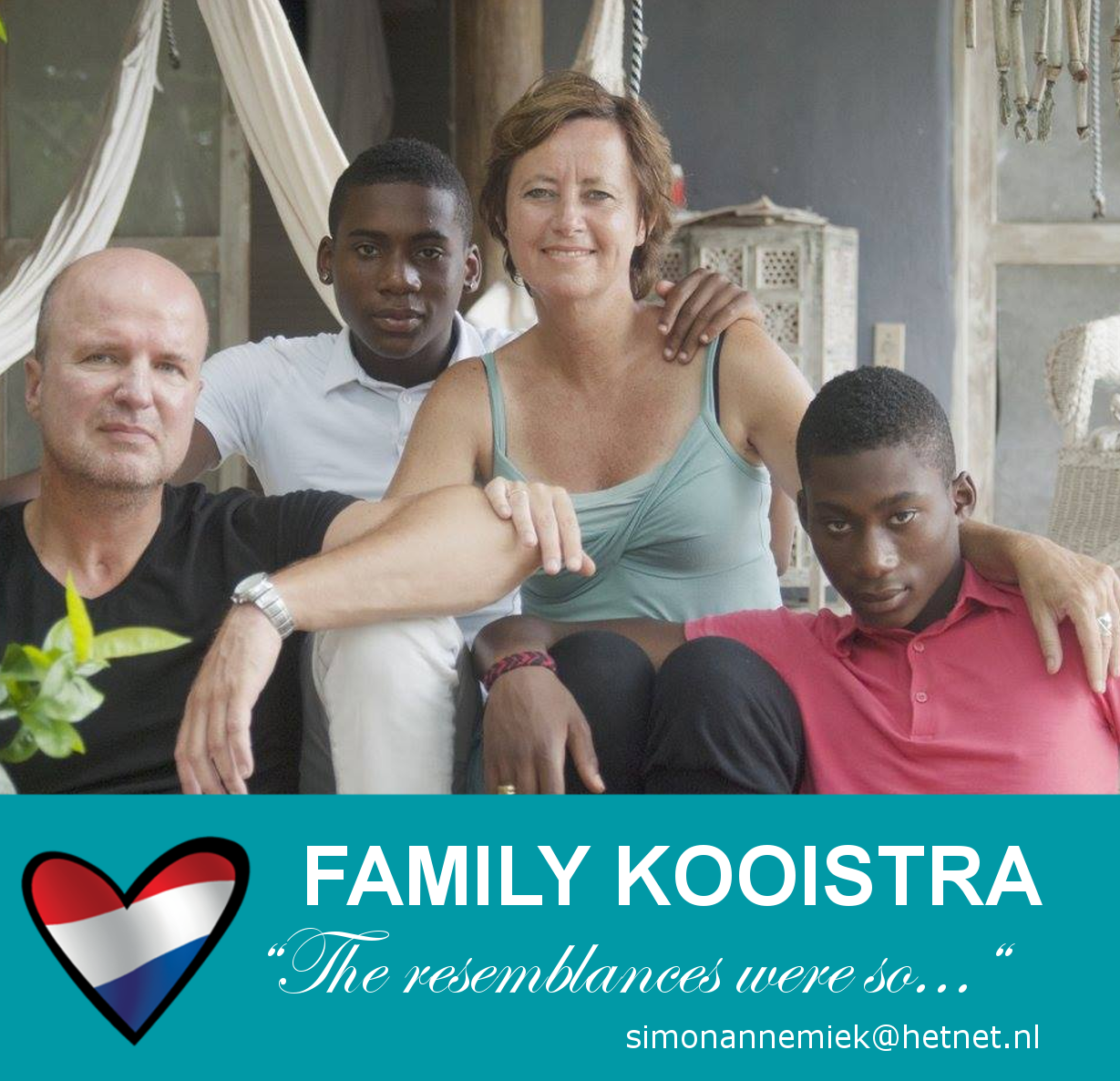 “The resemblances were so evident!…”

The biological mother of our 10 year old twins has always had a place in our lives. Although she had no face for us, her name was known to us. At a distance we have always been felt connected with it in a certain way. We have always had the belief that it would be important for her to know how it goes with her children. Because: You keep being a mother, even if you don’t have the opportunity to raise your children. The probability that she would live in difficult circumstances, it was very real. We wanted answer to our children the question that they perhaps ever would make us : “What have you done for her?”.

Puberty can be a turbulent period for adopted children. There are often many questions and few answers. Therefore we decided to look for the biological mother of our children before their puberty. So the boys could have more clarity on this stage. That was a big decision with a lot of uncertainties. You start with this process but you don’t know how it will end. Not matter what we took this step of faith and belief.

Obviously, we have discussed this before with our children. They also felt it was really important to let their Colombian mother know that it goes well with them.  And they were curious about how it would go with her.

We hired Colombia Tu Pais. This was an intuitive decision. The subject matter of the website was very appealing. And they quickly proved that this was the best choice ever!

8 weeks ! after Gyna got our documents we had been called by Adry with the announcement that the parents of our children were found. This was a miracle!. We expected to find a mother, but to found also the father was an incredible surprise! Our family was growing!  We were all four very happy. Also because the biological parents were really positive about it. They realized very well that we, as adoptive parents  had taken the initiative and they were very grateful. They of course still loved their children.

We asked to Gyna if she was able to travel to their town and show them photos of the children together with a letter from us, and also if she could analyze their living situation. She did it very effectively and respectfully. It was a very beautiful and emotional moment for us to see the first pictures. The resemblances were so evident !! Finally these lovely people had a face! And honesty we can say that they’re gonna treasure this too.

For the children it was good too. They saw with their own eyes that they looked als their biological parents, for them were the pictures a still some sort of proof. “Now they can just say that they have two fathers and two mothers.” They don’t have longer to worry if they are still alive, or to wonder how they are doing. It is also good to see that the kids deal with it in a very natural way. They don’t have anymore the big questions about the adoption. They saw the photos, they were happy. The family were quickly spread because the grandmother and the aunt were also photographed by Gyna!Now the contact is established, and we are considering different ways to support the Colombian family of our guys!