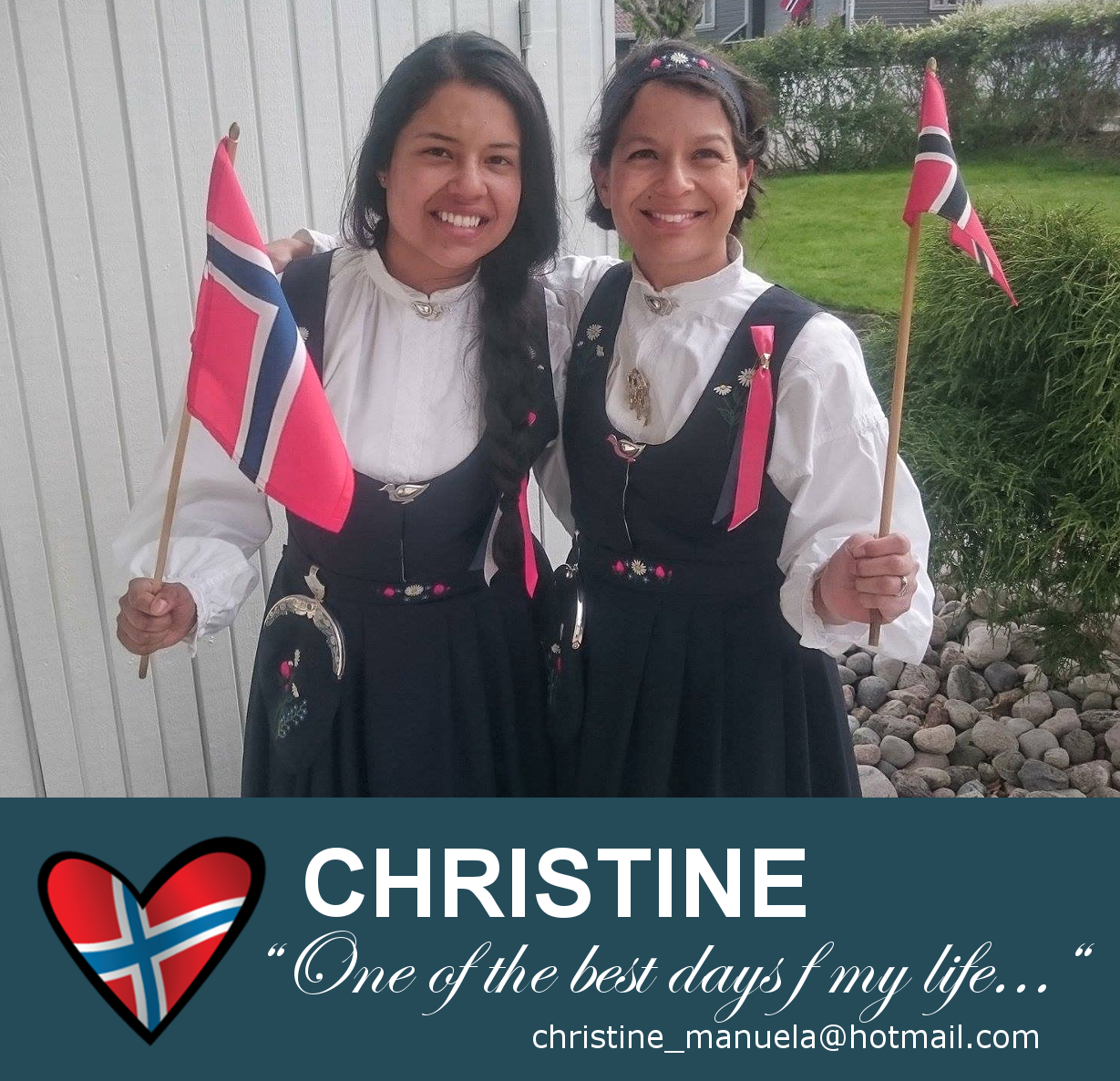 “One of the best days of my life…”

Since I was 18 years old I had been searching for my biological family in Colombia. I had little to go after, and the Internet was not much help. I came across Gyna’s website and I immediately fell for all the stories from people that Gyna and Adry had helped so far. I was a bit sceptical at first, because there can always be people who want to exploit your situation, but I can assure you that contacting Gyna was the smartest thing I have ever done.

Gyna immediately responded to my e-mail. The fact that she did not wanted to give me false hope around my case comforted me, and I understood that Gyna really was here to help me.

The process went very fast, in fact, only 3 weeks. On my 22nd birthday I received a call from Adry with Gyna in the other end, saying that Gyna had found my mother. It was a very emotional phone call and I will remember that day as one of the best days of my life. Adry is wonderful to talk with, it felt like I had known her for years. A week after the phone call, Gyna went to Medellín to meet my mother. I received a full report (in advance I had sent Gyna questions that I wanted her to ask my mother) and pictures.

I will always be grateful for the job that Adry and Gyna have done for me. A special thanks to Gyna who has done all the tracking work in Colombia, visited my family and initiating the contact between me and my new family. A big hug to both Adry and Gyna!. 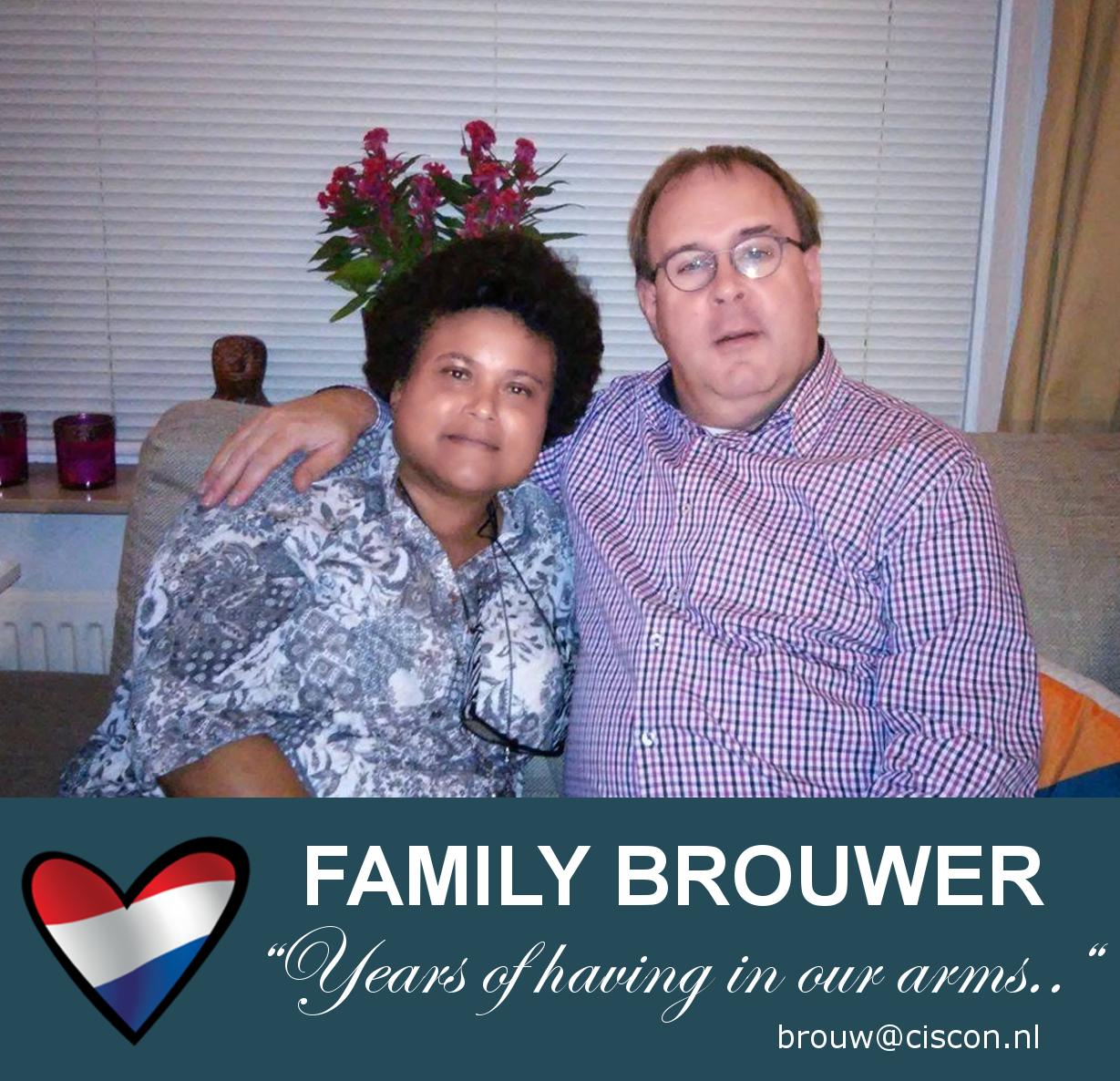 “Years of having in our arms…”

We contacted Gyna for finding the biological mother of our two daughters. In less than expected we got the call that she had been found.

Gyna handled the situation with tact and care. After five years of having in our arms our daughters for the first time we received the photos of the biological mother.

Later we contacted Gyna again to help us to organize the trip of the biological mother to the Netherlands with her other son, the half brother of our daughters.

The help we received from Gyna was really touching. She thinks of everything and arranged everything was needed in Colombia. Even she bought a bag for the birth mother to travel! Nothing is too much for her! The way she handles her work is really reliable.

Now with her help we can help from here to the family in Colombia! 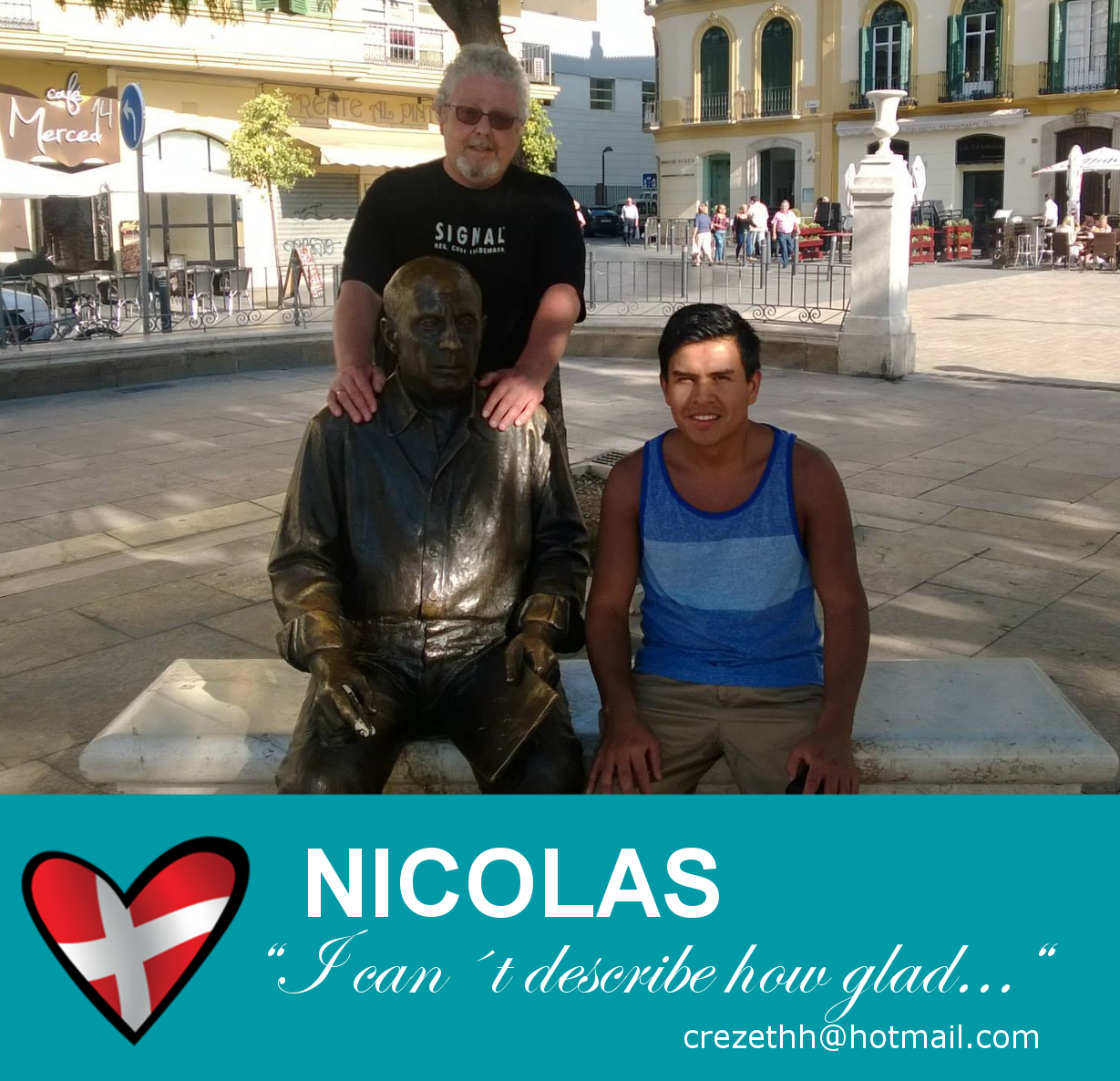 “I can’t describe how glad I am…”
In my entire life I have been interested in finding my biologic family in Colombia, but I didn’t know how to do it. I knew that it would be very difficult, almost impossible, to find them in such a big country, but when I discovered Colombiatupais and read the experiences from other people who have had succes with their search, it gaves me a hope.

I try it, and after very short time, Gyna send me an email, where she wrote that I should call her, because there was something she wants to tell me. She told me that she have founded my mother and she was doing fine. I was so happy and suprised.

Now I’m in contact with my family and I am so happy. I can’t describe how glad I am to discover this website and try it. Colombiatupais have fullfilled a dream for me, I never thought that would become true. Muchas gracias. I thought it would have taken much more time, but that shows how effective you are.

During the whole process I’ve been informated goodly about how the situation was and how big the chances was for finding my family. I am glad for your honesty and serious way to tackle it. I will recommend this greatefull firm to other adopted persons. 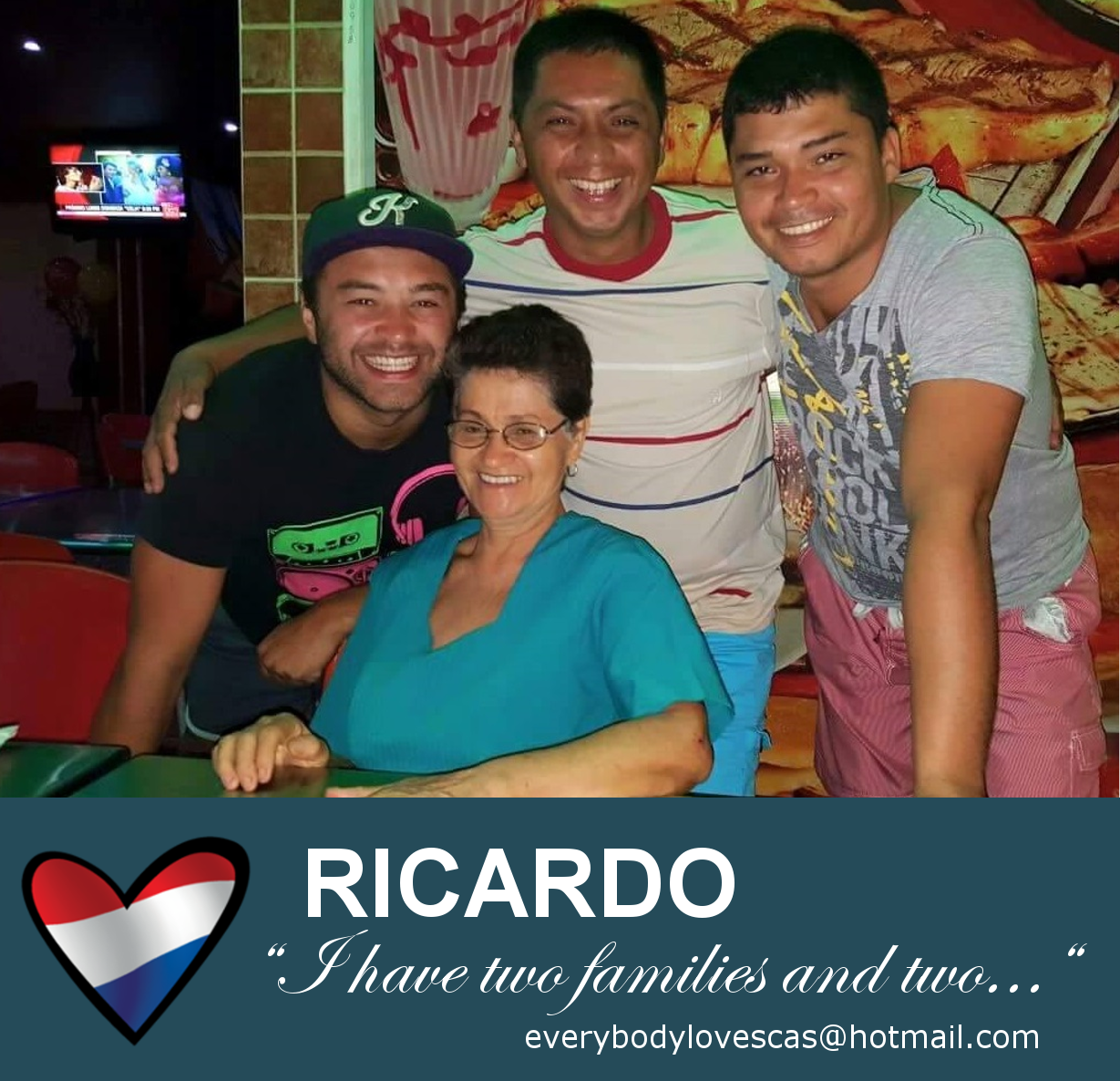 “I have two families and two worlds …”

In September, for the first time, I made the real decision to look for my family. After all I would be 30 in February  and thought it was a good time to start looking anyway. I have two lovely sisters in the Netherlands and a loving mother. My father is unfortunately deceased but also more than a good guy. My entire life the dilemma whether or not search was still present. What if I’m late? What if they are no longer there? What if they don´t want to see me? etc. I had a lot of scenarios!

In 2011 I went to Kenya with a friend of mine. During this trip I made my choice. That friend of mine saw his brother for the first time in 12 years. I looked at it and it hit me in a way that was impossible to hide. I must take action. I saw something that I wanted. I didn’t ask me anymore what it would have perished in Colombia with my family. I am an adult man and had thought to myself that all possible scenarios would be fine, that I could accept them all. I then came back from Kenya and sent all my papers to CTP. Gyna only asked me to write a mini biography and some pictures. So far I’d live through the process with some nonchalance. This, of course, to protect myself from the disappointment. I had done my part and released again somewhat. We’ll see. But two weeks later I got a call from Adry and she had Gyna on the line. They told me they had found my mother and she had spoken my sister.

uh …. what ?? Tears immediately rolled over me cheeks. Tears of relief. The following message was that they wanted to contact. I cried like a little child, to my own surprise. But an indescribable feeling, but very unreal. I called my sisters and my mother in the Netherlands. My sisters and mother came to me. My family in Netherlands was over the moon.

I was astonished. All this really happened and it happened so fast. Time later I spoke finally with my sister and her son via Skype. Her son spoke English so we could communicate. We agreed to come back two hours later to talk further. I didn’t know what came over me. Did I just spoke with me sister? Two hours later, I crawled back to the computer and more siblings appeared on the camera, and there was my mother. I was stunned and confused. We looked at each other late into the night. The strange thing was that I had collected over the years so many questions, but I didn’t ask, perhaps for a later stage. I saw that they were very happy to see me and that was enough for now. I finally closed the computer and went to sleep. I’ve been staring all night at the ceiling. I finally slept a few hours and then quickly open my computer to check whether there were traces of the conversation yesterday. There were still traces, so it really was. I had my family back!

I am a blessed man. I have two families and two worlds. It is a great experience, but also difficult sometimes. Indeed, it is a very difficult process to explain. I’m glad I did it through this organization. First, it is gone very quickly, the contact with Gyna and Adry was fine and familiar. I still had some questions to Gyna and these were answered quickly, very fine. The idea that you can count on Gyna is really nice. That matters a lot, and it’s wonderful to know that the door is always open, and that whit full confidence you could contact Gyna every single time.